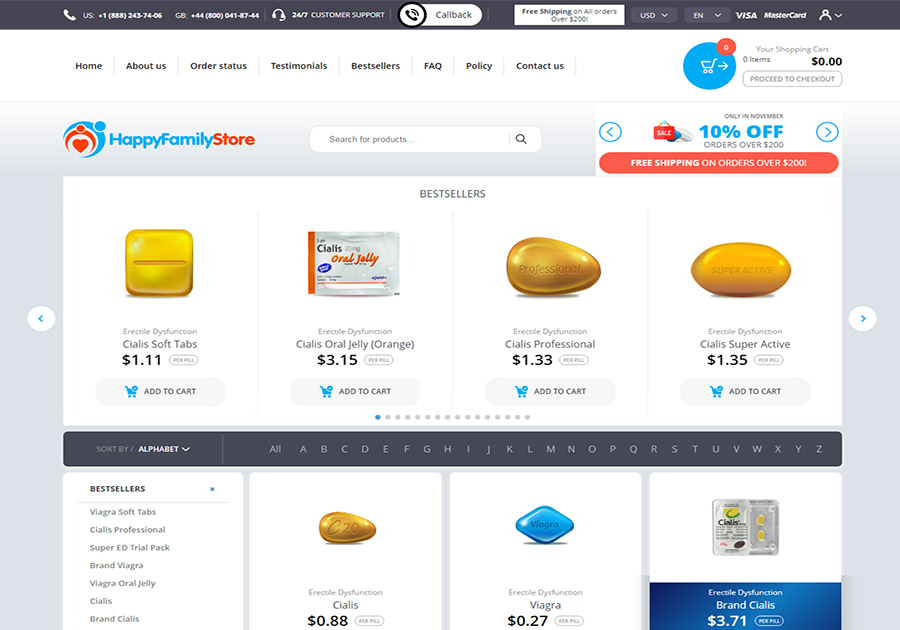 Top24x7Rx.com is an online pharmacy that uses the name ‘Happy Family Store’ to dispense medicine. That name should immediately sound all the alarm bells in your head. This is because several websites use that same name to sell drugs on the internet. Even more disturbing is the fact that ‘Happy Family Store’ isn’t a legit business name. At the very least, it hasn’t been registered with any government agencies in any country. This supports the theory that the internet pharmacy is a scam.

The domain doesn’t do anything to alleviate fears that the pharmacy is a fraud. This is because it was created on the 31st of July 2020, which makes the domain very young, just three months old. They cannot convince anyone that the claims regarding the legitimacy of their site are true because they don’t have a strong reputation upon which to base those claims. 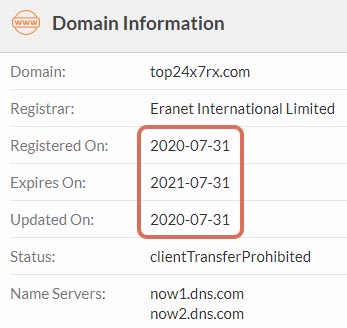 ScamAdviser has also dismissed them as a scam. It came to his conclusion after looking at forty different elements surrounding the activities of the website. After a thorough analysis, it gave them a rating of 1 percent, showing that it doesn’t trust them. ScamAdviser took note of their SSL Certificate. The fact that they have one is encouraging. It tells you that their platform can protect your information from criminals on the internet. But that fact alone wasn’t enough to raise their scamadviser.com rating. The SSL Certificate isn’t enough to compensate for the store’s numerous failings.

As was mentioned before, the company’s business name isn’t registered with any government agency. Therefore, you have to assume that they are operating illegally. Their platform has a picture of an impressive building that has their name on the front. However, you shouldn’t pay any attention to that building. They want you to believe that it is their official headquarters. But they don’t have a business address which means that you cannot prove that they operate out of the building. 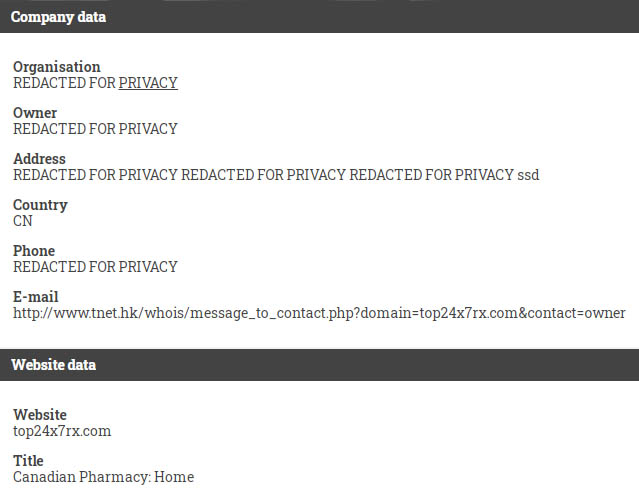 It is also worth noting that all the other stores that have the ‘Happy Family Store‘ name have published the same picture. The chances that all those companies are legal entities despite having the same name and sharing the same office space are low. If this information is making it very difficult for you to do business with the dispensary, you’re not the only one. They don’t get many visitors, probably because the high-risk country with which they are associated scared potential customers away.

Even though their platform says that they have sold medicine to thousands of people, they don’t have a social media presence. ScamAdviser took notice of this issue as well. It is one of the reasons that encouraged them to give the portal such a low rating. ScamAdviser also noted that their owner is anonymous. They were not convinced that it was necessary for the owner to hide their identity.

Even though they have only been around for four months, LegitScript has already determined that they are ‘rogue‘. No one else has recognized them. The absence of proper regulatory authority cements the belief that they are working illegally. 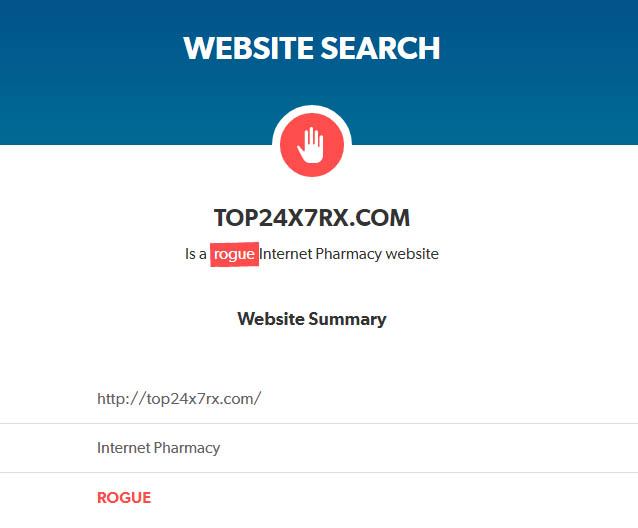 If you were to take them at their word, you would have to assume that they sell a wide variety of branded and generic drugs. However, if you study their platform, you will conclude that they are only interested in pills that strengthen sexual performance.

The prices on the site are difficult to beat. Their drugs are oddly cheap. Some of them are generic but that isn’t enough to explain the low price tags. More than likely, this medicine is low-quality. If the quality doesn’t bother you, they accept:

With shipping, they use EMS which takes eight days at the most, and Standard Airmail which can take three weeks.

The website did not stop at stealing its name and content. It also copied its customer reviews from other platforms. This is why they are so positive. They cannot verify the authenticity of the reviews because they don’t have testimonials anywhere else. 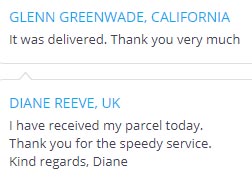 This website gets a lot of things very wrong, not just the business address and regulatory authority but also its name and the identity of the owner.