Home » Pharmacies » RiteAid.com Reviews – Lives Up To The Hype 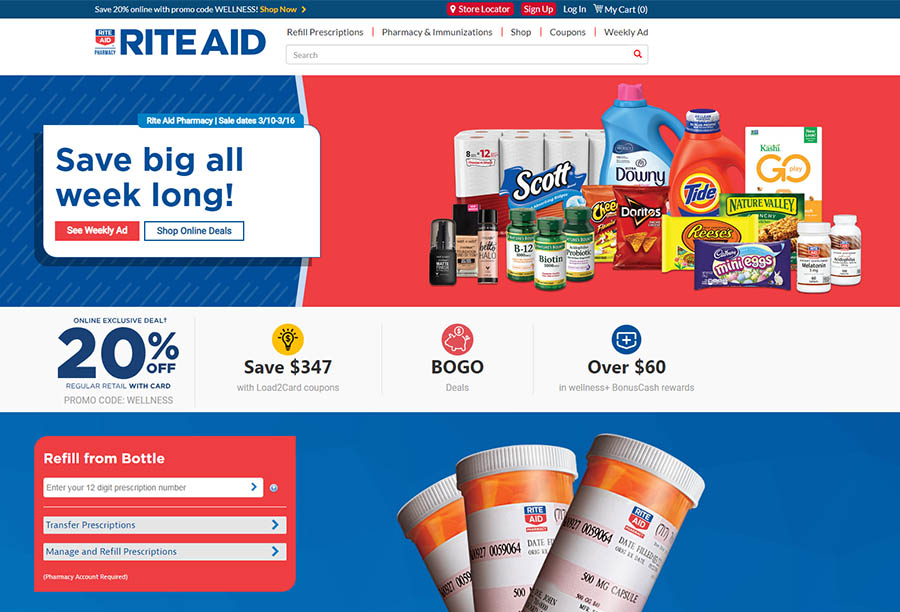 RiteAid.com is the online outlet used by one of North American’s biggest medical brands to sell drugs. The website works alongside a growing chain of drugstores around the United States to sell and deliver medical products to consumers all over the country.

This website was created on the 28th of March in 1996. That gives them more than two decades of experience in the business. The company started playing with the online medical distribution market at a time when notions of eCommerce were just starting to take root in the United States. That might explain why their brand is so strong. It isn’t that difficult to trust an online pharmacy with such a long lifespan. 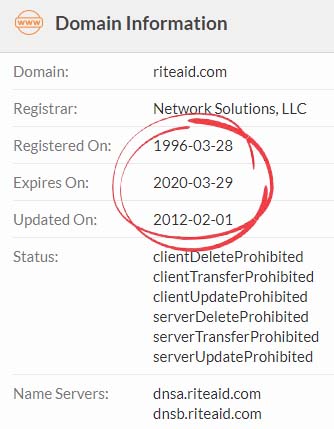 All the information surrounding this portal’s operations seems quite legitimate. They are owned by the Rite Aid Corporation and all their activity can be traced back to the United States, specifically Pennsylvania. There is no conflicting information surrounding their country of origins as is often the case with most pharmacies on the internet. Additionally, the firm has no related websites. It doesn’t share its server with any other internet pharmacies. More to the point, the site has a very impressive ScamAdviser trust rating of 100%. You don’t see those very often.

This business is the brainchild of Alex G 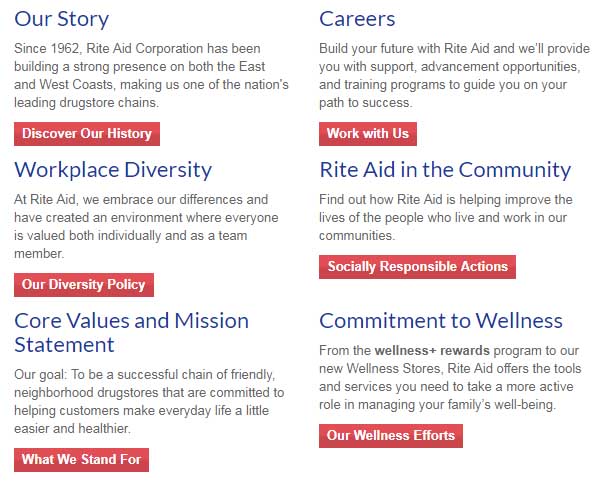 rass. He gave birth to the idea when he married into the Lehrman family in Pennsylvania. At the time, the company was simply called the Thrift D Discount Center, and while the project was ambitious for its time, it was nowhere near as large as it is today. But over time, Grass expanded. In the three years following the company’s debut in 1962, Grass managed to set up roots in five states. And in the three years that followed, he took the company public. Four years after that, the business opened stores in ten more states. By the early 1980s, they had reached a billion dollars in sales. This was on top of adding over a thousand new locations to the company. They acquired the likes of Gray Drug and Hook’s Drug along the way, not to mention chains like Thrifty PayLess. They also partnered with General Nutrition Corporation, adding GNC’s mini-stores to their brand. Today, this firm is counted among the one hundred biggest corporations in the United States. They’ve encountered their fair share of trouble along the way. This includes a deal that saw them lose a large chunk of their stores to Walgreens. But that hasn’t stopped them from growing.

This website is run by a legal corporate entity boasting all the accreditation that a company that large would require to operate above board. That includes accreditation from the National Association of Boards of Pharmacy. They also have URAC accreditation.

This site offers a wide variety of drugs in the areas of:

The drugs you will find on this resource are competitively priced. That doesn’t mean they are so cheap as to make this company stand out in that area. But the coupons, promotions, and bonuses on offer make the price tags friendly enough. When it comes to payments, consumers can choose between:

On the issue of shipping, the options include:

The reviews for this internet pharmacy will vary depending on where you find them. People on TrustPilot, for example, are quite negative, calling the company defunct and attacking the reliability of its staff. Comments are more positive on SiteJabber where users commend the pharmacy for its friendly prices and wide-ranging merchandise. On ConsumerAffairs, though, comments are even more negative, with many users complaining about the website failing to fill their prescriptions.

This website earns a trust level of 70%, which means that they are the farthest thing from a scam. They seem like a legit business with actual customers and decades of experience in the pharmaceutical field.

We believe that you can rely on this online pharmaceutical store. 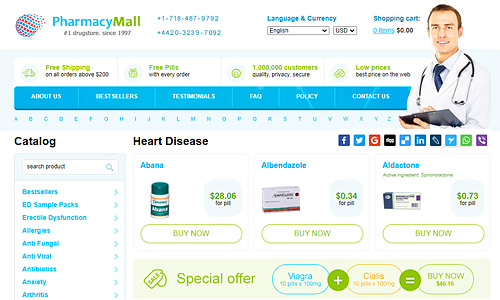 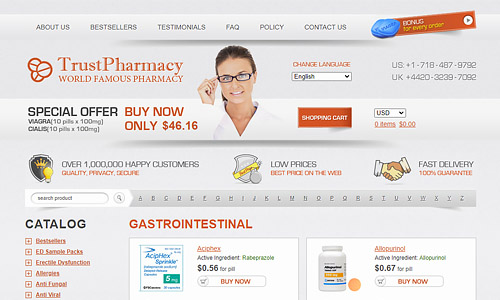