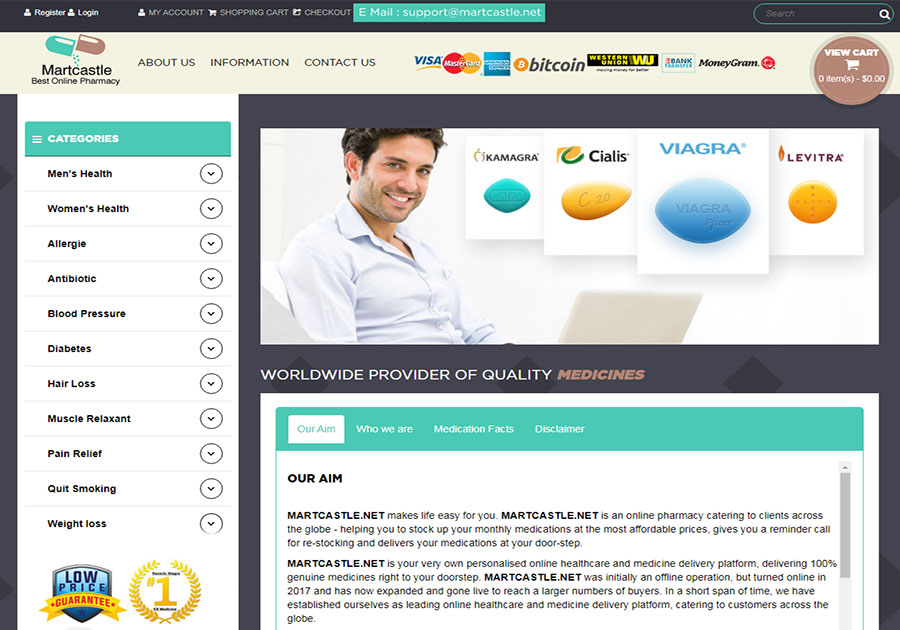 MartCastle.net is an American internet pharmacy that supposedly sells and delivers affordable medications to consumers across the globe. Not only do they stock a variety of generic pills but they also send reminders to consumers who cannot afford to forget to buy essential medical products. The store says a lot of attractive things but it isn’t as reliable as it wants people to believe. A closer look at their website reveals as much.

The domain has been around since the 25th of October 2017. That was a little over three years ago at the moment. This alone raises some concerns. The company claims to be a leader in the online healthcare industry. However, they haven’t been in business long enough for that to be true. You should be careful around websites that make such suspicious claims.

ScamAdviser isn’t as suspicious about the site’s claims as you might expect. It gave them a rating of 86 percent which is quite strong. The resource was most likely impressed by their SSL certificate. But that isn’t enough to definitively prove that they can be trusted. Their existence is surrounded by several unanswered questions. That includes the identity of their owner.

The organization is based in Iowa. They appear to employ a health advisor called Sam Howard. The nature of his role in this company is unclear. Howard is the only employee that has been identified. This is a problem. If this store was truly a leader in the healthcare industry, it would require a large team of medical professionals. They would also reveal the identities of these professionals because that is the only way to put patients at ease. Patients need to know that they can trust the advice given by the customer support teams of companies like this one. The platform assures its clients that it is available all day and all night to cater to their needs.

They can reach the site using a toll-free number. But that doesn’t matter because you do not know for certain that the customer support personnel have the qualifications or the experience needed to guide you through your medical purchases. This is suspicious. So is the fact that they haven’t bothered to advertise a business address. It is worth noting that they have claimed that their pharmacy has been in operation for years. Apparently, they started as an ordinary drugstore before making their online services available. This would make them easier to trust because it would show that they have a lot more experience. However, they cannot prove that any of this is true and you have no reason to take them at their word.

Their platform doesn’t look so bad. But their content is an issue because it is filled with errors. Some of their messages and policies are difficult to decipher. You should also know that they have refused to take responsibility for any failed deliveries. They are not liable for any packages that fail to arrive or which are damaged in transit. They expect consumers to take complaints associated with deliveries to the postal services in their country that the drugstore contracted to deliver your medicine. Do not expect re-shipments or refunds in such scenarios.

Because their policies are absurd and they can’t verify their authenticity, they have been given a ‘rogue’ classification by LegitScript. 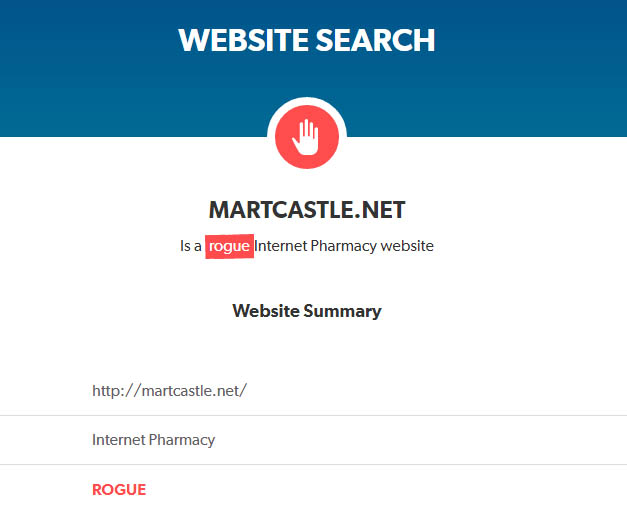 They sell generic medicines that they supposedly expose to extensive quality checks to protect customers from counterfeit products. But these are just words that they cannot prove with any tangible evidence. 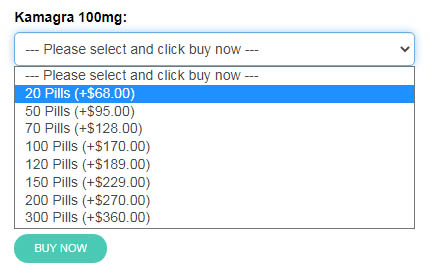 While they are quick to reveal that their prices are some of the lowest on the market, they haven’t bothered to explain why this is the case. As such, you are not wrong to conclude that their merchandise is most likely counterfeit. With payments, they accept:

They use First Class Registered Airmail and Express Mail Service for deliveries. Your order is only processed and delivered after you make a successful payment.

Even though they want you to think that they are a leader in the healthcare business, they don’t have testimonials from satisfied customers anywhere on the internet.

While they claim to be otherwise, this is a rogue online medical store that earns a trust level of 25%. We advise you to be careful while choosing an online pharmacy for your internet shopping.

Read our pharmacy reviews and don’t let scammers defraud you.