EdBalance.com comes from India. The internet pharmacy doesn’t hide this fact. However, it hides so many other things that you cannot help but question whether or not you can trust the things it says. In some cases, it goes out of its way to misrepresent itself, which encourages suspicious consumers to discard it as a scam. At the moment, they still have a few redeeming qualities. However, no one would blame you if you decided that they were not worth your time.

The store is roughly one year old. It says otherwise on its platform. But the company’s domain was clearly created on the 4th of June 2019. If you already had suspicions regarding their legitimacy, this domain age will cement them because young sites have a higher chance of being scams than older ones. 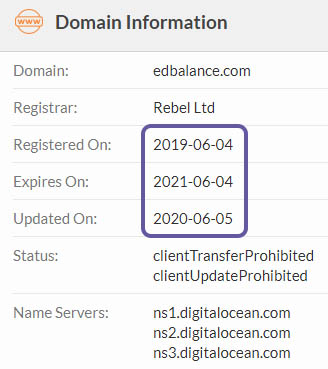 If you still have doubts about the company’s reputation, their ScamAdviser rating might change your mind. At the moment, it stands at 100 percent, which is so much higher than the store deserves. It isn’t difficult to understand why ScamAdviser was so kind to them.

They have an SSL Certificate which suggests that their platform is relatively secure. At the very least, the chances that a cybercriminal will access the data you give them are low. But even more impressive is their Alexa rank which points to the fact that they have a lot of traffic.

It is difficult to disregard sites that have a lot of traffic. People wouldn’t flock to a scam. In fact, if the site was a scam, the opposite would happen. People would avoid it. Therefore, because this website has so much traffic, you have to conclude that it is, at the very least reliable. And if it has committed any fraud, it has done so on such a small scale that most people haven’t yet noticed. 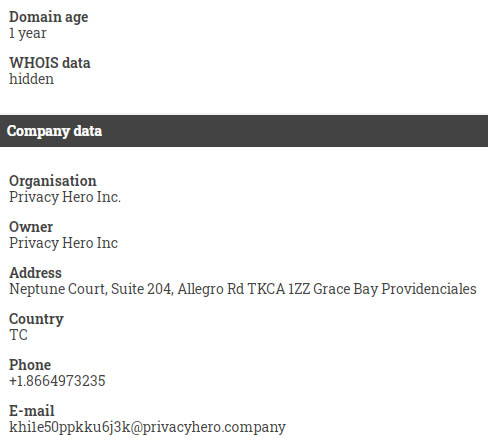 The internet pharmacy is difficult to trust because it says repeatedly on its platform that it has been in operation since 2014. Some drugstores start as ordinary brick-and-mortar stores because they transition to the internet. However, this platform doesn’t even bother to make that claim. It goes out of its way to insist that it first took to the internet in 2014. It also says that it has spent the last few years selling medicine to consumers all around the world.

However, as you already know, this is not true. The store is just a year old. Naturally, once a medical company lies about its age, you have no choice but to assume that it is lying about other things. For that reason, when they claim that they only sell the highest quality products, you have no reason to believe them.

You have to apply the same logic to the claims they have made about their privacy policies. They want people to believe that they do not sell or share any of the information that customers volunteer. But you have no reason to believe them. The store isn’t completely bad. They have a beautiful website. They also have verifiable contact information that includes an email address and phone numbers. Then again, they have chosen to hide their business address, which raises even more questions.

Seeing as they have decided to lie about their age and they have also chosen to hide their owner’s identity, it shouldn’t surprise you to learn that they received a ‘rogue’ classification from LegitScript. 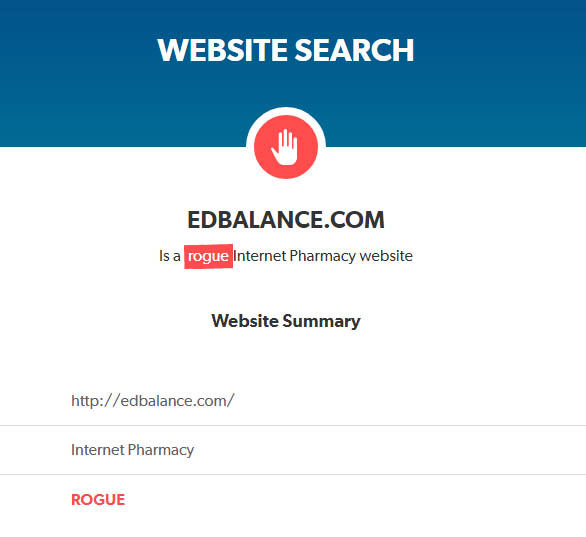 Their products come from India. However, they cannot authenticate the quality of their pills. They want you to take their word that their merchandise is legit.

They deliver to most corners of the world. Though, you have to visit their website to determine whether or not their services are accessible from your region. Depending on your location, you will get your dugs via either Express Mail Service or Registered Airmail Postage. In most situations, barring unexpected delays, it will take 24 working days at the most for packages to reach their intended customers.

The site’s customer reviews on TrustPilot are mostly positive, with patients praising them for the easy navigation of their platform and their wide-ranging catalog.

The website has lied about its age. It has also chosen to keep its business address and the identity of its owner hidden. However, it has a beautiful website and positive feedback from customers, which is why it gets a trust level of 40%.

The medical site is shady.