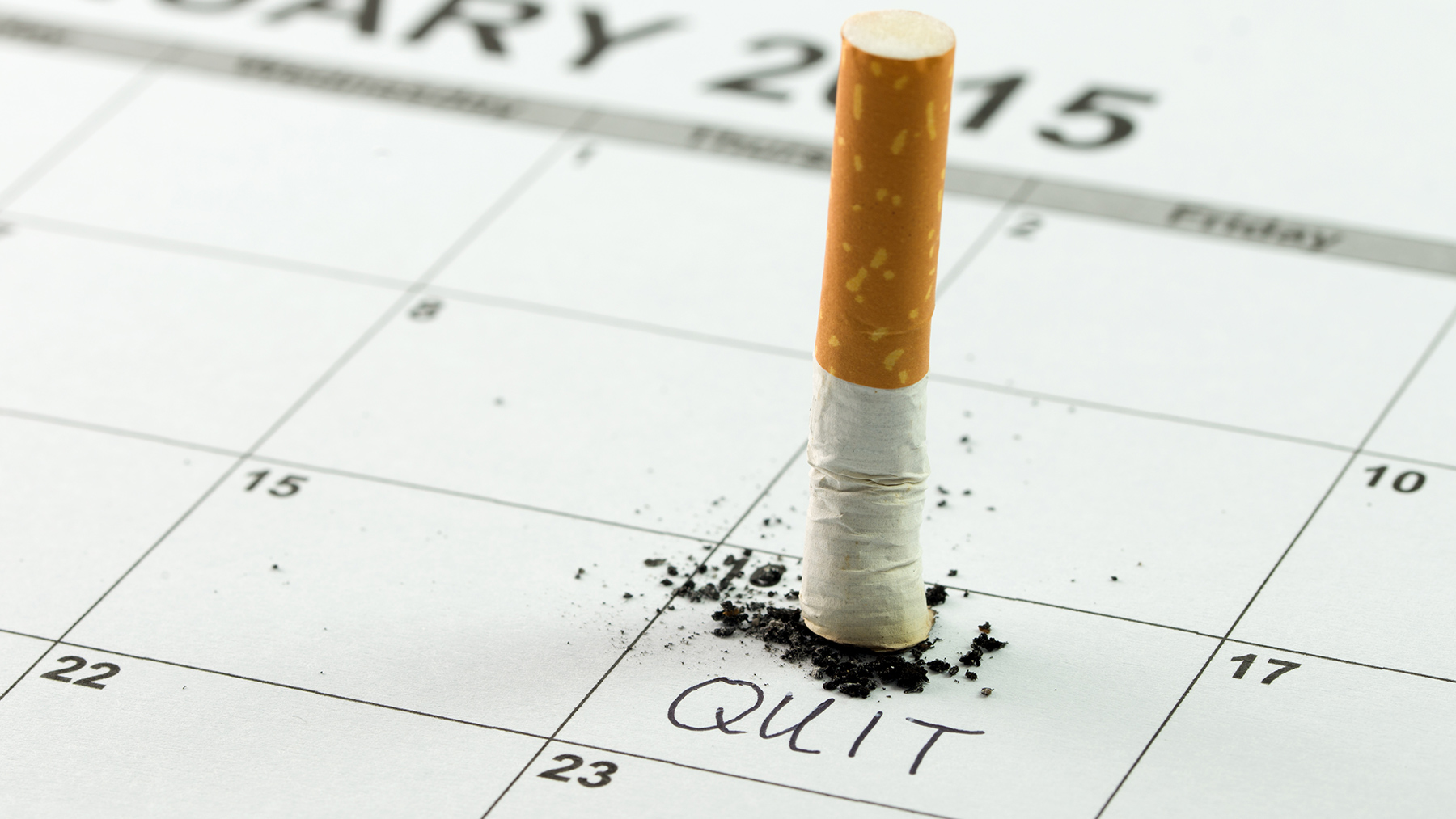 Statistics published by the CDC have it that the majority of smokers (almost 70 percent) are often willing to give up smoking. However, only a few cut the mustard, and this can be attributed to the method used. There are countless ways to go old school with smoking, but some are known to be more effective than others. Some of the most popular ways include the use of medications, acupuncture, behavioral therapies, and others. This article will dwell on the most effective medicines that can help you quit smoking.

Myriads of results will always pop up when you perform a search for smoking cessation medications. 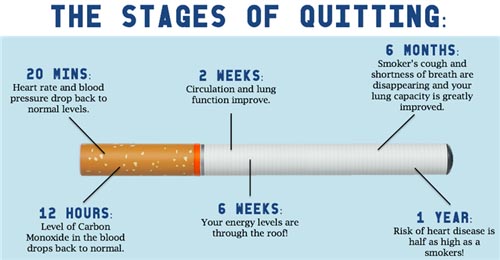 Obviously, some will work while some won’t as nowadays, the pharmaceutical industry is full of quacks and other fraudsters.

But, what’s important is knowing if the underlying drug has ever worked for others, and, most importantly, if the FDA approves it. The following medications have been tried and tested, and they’ve yielded positive results for smoking cessation.

Note: Statistics have shown that using FDA approved meds to give up smoking doubles your chances of winning the battle. 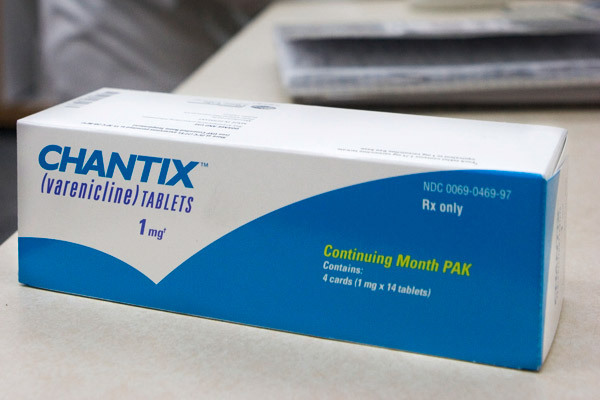 Chantix is quite a new non-nicotine quit-smoking prescription medication that works at specific sites in the brain. It suppresses some of the effects of nicotine in your brain, to lessen your cravings for the substance. Likewise, the drug alleviates withdrawal symptoms like irritability, anxiety, insomnia, and headaches, among others.

It is reported that 40 percent of those who use it successfully quit and keep away smoking and its effects. However, you are obliged to contact your doctor before you use the medication since the following side effects may turn harsh on your body.

Some of the most talked-about side effects of the drug include vomiting, sleeplessness, and nausea. The side effects, however, reduce with continued use of the drug. The drug should be taken with a glass of water after meals, in quantities advised by the practitioner who sells it to you. Please make sure that you buy it from a licensed dealer only.

Note: Not for use by persons under 18 years. 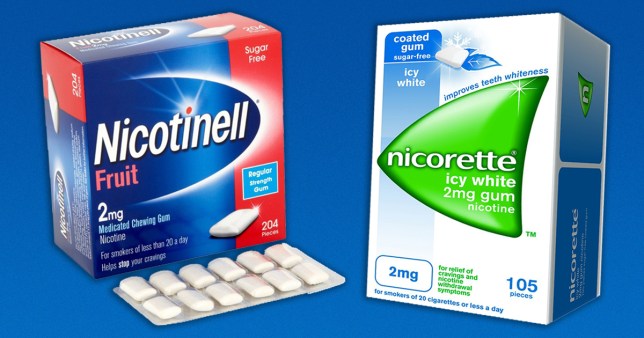 This is a typical chewing gum that contains a small amount of nicotine to help you reduce your cravings for the substance when you stop smoking. It’s often used alongside other smoking cessation programs so that the user doesn’t experience the withdrawal symptoms.

The gum is used in the mouth according to the physician’s or manufacturer’s directions. It often exists in 2-4-mg gums. An example of how to take it is using the 2mg gum if you usually smoke about more than 30 minutes after waking up, and the 4-mg gum if you smoke in less than 30 minutes after waking up. If you don’t understand any instructions written on the package label, please feel free to ask for explanations from your doctor. The instructions are key.

You should use nicotine gum for a maximum of 12 weeks, after which, if you still feel the urge to smoke, your doctor should intervene. The gum isn’t to be swallowed. Please don’t exceed 24 gums a day. Side effects of this drug include irritation in the mouth, nausea, soreness in the jaws, and too much saliva, among others. 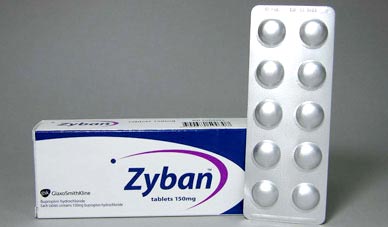 This is yet another non-nicotine prescription drug that helps you give up smoking. Zyban/Wellbutrin reduces the number of times you feel the urge to smoke, as well as to decrease the severity of adverse effects after you quit smoking. You should take it a week (or two) in advance to your smoking cessation date.

Bupropion should be taken for a maximum of twelve weeks, too. Mostly, people use a pill each day, increasing the number to two after some weeks. Generally, you must get the usage instructions well from your doctor first, as a mistake can be disastrous.

This prescription drug isn’t permitted for use by people with a history of using any MAO inhibitor, those under other bupropion doses, and those with seizure histories. Otherwise, the side effects that include a dry mouth and sleeplessness may be adverse. 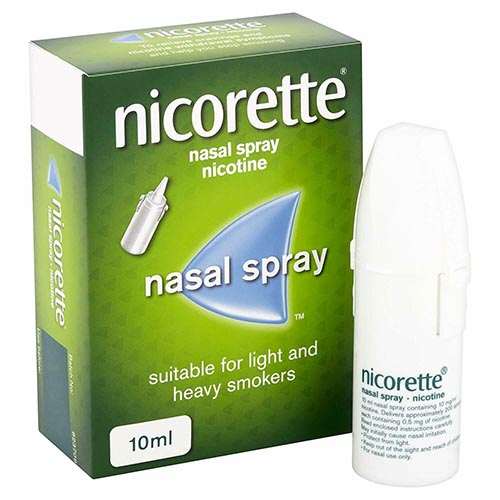 The nicotine nasal spray works faster than any other nicotine-loaded quit smoking medication. It’s an aqueous solution of nicotine that’s given via the nostrils. Once administered twice or once an hour in one (or two) spray(s) through each nostril, the solution is quickly absorbed within less than 10 minutes. Once absorbed, it triggers the effect of reducing the number of times you feel like smoking.

This drug is said to have 1.8 to 4 times higher cessation rates than in other control measures. Since it’s administered via your nose, you shouldn’t use it with such nasal disorders as polyps and rhinitis. First-time users will experience some peppery feelings, alongside sneezing and coughing urges.

Again, your doctor has a huge role to play here. If you want to stay safe, contact your doctor before you even buy it.

Other FDA approved smoking cessation medications include skin patches, lozenges, and inhalers, all of which are NRTs (Nicotine Replacement Therapies). They also work by reducing withdrawal symptoms, thus helping patients adapt to the life of withdrawal. 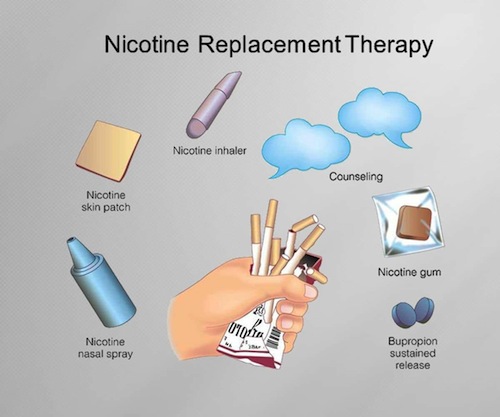 While there are many ways to kill a rat, not all will work with every rat. What can help is asking your doctor to identify the best medication that will fit your body. Also, it’s vital to know and abide by the dosage instructions of the smoking cessation medication you’re using.